Would you use torrent RSS to automatically download new versions?

Could you provide RSS with torrents? The format is described e.g. here: http://www.bittorrent.org/beps/bep_0036.html

Pros:
1) It would allow automatic download of new version for people who uses torrent client with RSS support (so virtually every)
2) It would allow me and people like me, to seed it easier. I'm the owner of the private seedbox (little Herman, I call him) and it's difficult for me to trace new versions of software and then manually add it. With RSS I even can die and still it will download it automatically and then seed.
3) In this case it's not needed to keep history in RSS. It means that it could be done with static template and only one, current torrent.

Cons:
1) Adding such feature takes your time and I think it's not something that many people would use. With some info about it, it could get some people to start using it, tho.

I added the poll as I'm interested if there are people who would use it. That's why I'm interested in "yes" and "I don't know how to use it" vote count, not percentages.

Thanks for supporting torrent network!

After 18 hours my seed ratio is 8.8. It seems that it's not much, but it's the short time and there's already 32 seeders! Let's say only 15 were active, so in 18h it was downloaded by about 130 people. Keep in mind that it was released some time ago, it's not fresh, when ratios are much bigger. 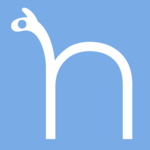 This would be the only feed I'd torrent, but I'd definitely start using the feature to get this.